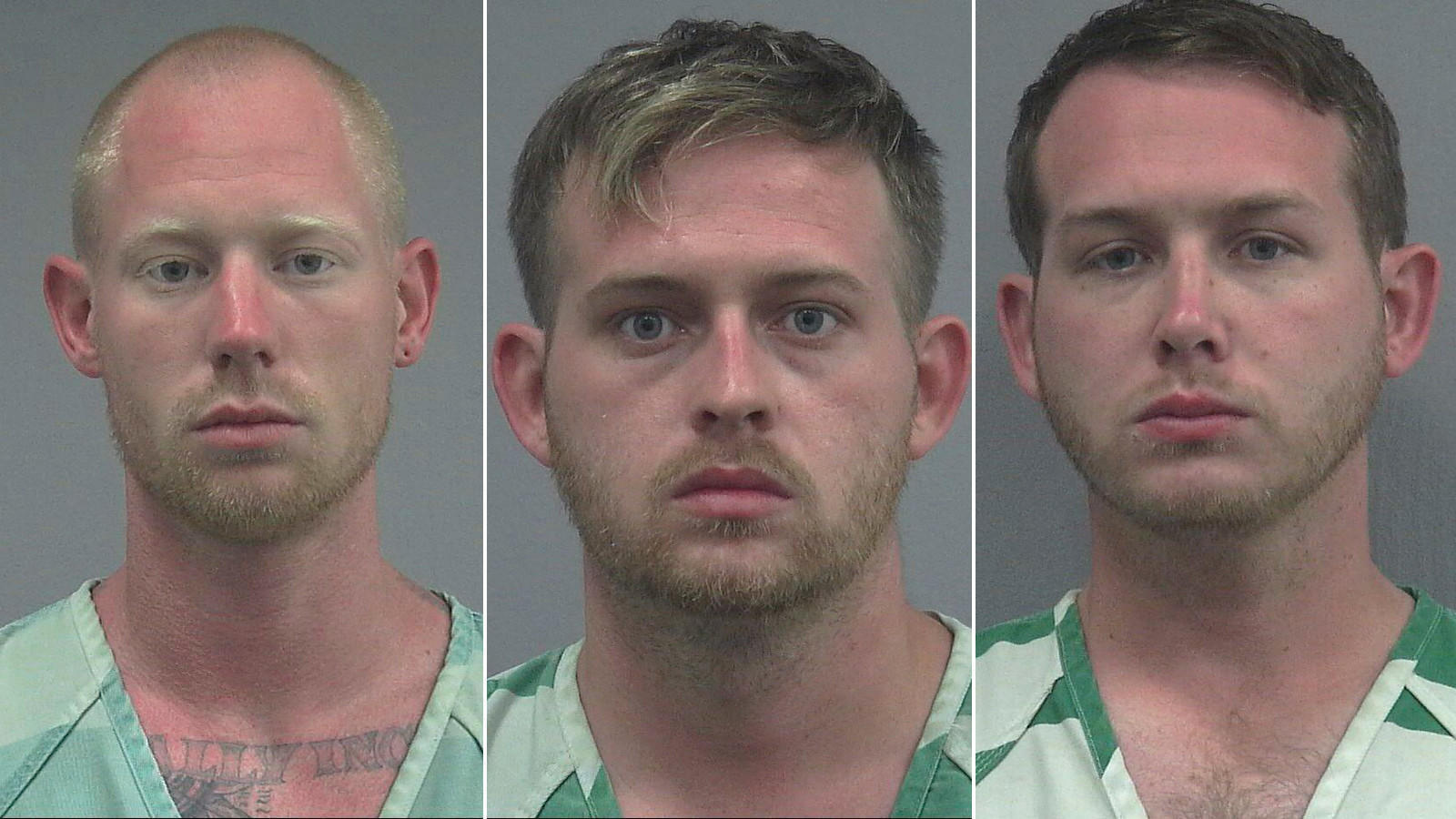 Three supporters of the prominent white nationalist Richard Spencer have been charged with attempted murder after police said one of the men, egged on by his friends, shot at protesters “with the intent to kill” following Spencer’s speech at the University of Florida on Thursday.

It was the most serious instance of violence reported in connection to Spencer’s appearance at the university.

The event was heavily protested but mostly went off without violence, until three men in a silver Jeep pulled up to a bus stop around 5:20 p.m. Thursday after Spencer had ended his speech. They had just come from the speech and were recorded on video giving interviews to media outlets, defending Spencer’s appearance.

Tyler Eugene Tenbrink, 28, of Richmond, Texas, got out of the Jeep and pulled out a gun, police said.

Colton Gene Fears, 28, and William Henry Fears, 30, brothers who live in Pasadena, Texas, told Tenbrink to “kill them” and “shoot them,” according to the arrest reports. At one point William Fears got out of the vehicle too, according to one witness.

Tenbrink fired one shot, which missed a person at the bus stop and hit a business behind the person, and the men then got back in the Jeep and drove away, police said. The person took down the Jeep’s license plate number and the men were arrested 20 miles north of Gainesville, with a gun found in the car, police said. Tenbrink then confessed to being the gunman, they said.

“I am amazed that immediately after being shot at, a victim had the forethought to get the vehicle’s license number,” Gainesville police spokesman Ben Tobias said in a statement. “That key piece of information allowed officials from every level of multiple agencies to quickly identify and arrest these persons.”

Under Florida law, accomplices to an attempted murder can be charged as if they had fired the shots. Police said Tenbrink is a convicted felon and could face more charges because he was in possession of a gun.

Tenbrink came from Texas to hear Spencer speak, and he told the Gainesville Sun in an interview before the shooting: “This is a mess. I’m disappointed in the course of things. It appears that the only answer left is violence, and nobody wants that.” He appears to be the same man who leapt over a police fence after being chased away from the event by protesters.

Before the shooting, William Fears told one journalist that he supported Spencer’s message, and he also told a Miami CBS news affiliate that the “only people who think we’re the violent ones, causing violence, are people who watch CNN.”

William Fears also told the Gainesville Sun: “It’s always been socially acceptable to punch a Nazi, to attack people if they have right-wing political leanings. Us coming in and saying we’re taking over your town, we’re starting to push back, we’re starting to want to intimidate back. We want to show our teeth a little bit because, you know, we’re not to be taken lightly. We don’t want violence; we don’t want harm. But at the end of the day, we’re not opposed to defending ourselves.”

A Miami Herald video appeared to catch Colton Fears shouting at protesters, “Fourteen in the sheets, 88 in the streets,” two numbers commonly used by white nationalists and neo-Nazis to express white power. “Our founding fathers were white nationalists,” Fears told the newspaper in an interview. “Now I’m not saying you have to be a white nationalist, but understanding that it’s OK and it doesn’t make you a racist.”

Spencer’s planned appearance had led Gov. Rick Scott to declare a state of emergency to bring in more police protection, fearing a violent brawl between white nationalists and anti-fascists such as the one that occurred in Charlottesville, Va., in August, which left one anti-racism protester dead.

But Spencer managed to speak on campus safely. Students and protesters booed and chanted through most of his two-hour speech as hundreds of demonstrators gathered outside, occasionally scuffling with some white nationalists who walked through the crowd. Spencer left the event safely and protesters were largely peaceful.

White nationalist Richard Spencer to noisy Florida protesters: You didn’t shut me down

Trump sparks revival for college Republicans, along with battle over ‘future and soul’ of movement