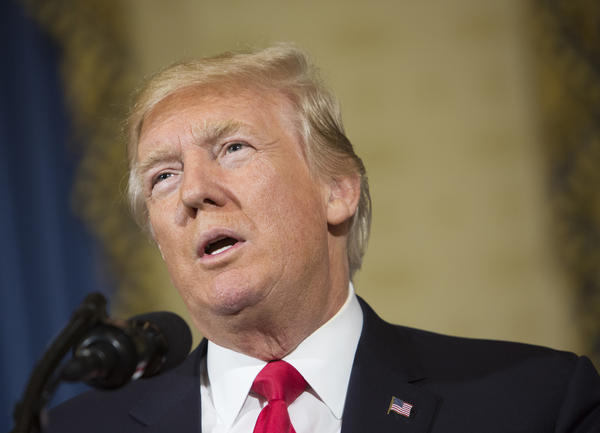 President Trump is keeping up pressure on Atty. Gen. Jeff Sessions, taking to Twitter at daybreak Tuesday to accuse the former senator and campaign ally and advisor of taking a “VERY weak” position at the Justice Department on “Hillary Clinton crimes.”

In a post shortly after 6 a.m. EDT, the president also said: “Ukrainian efforts to sabotage Trump campaign — quietly working to boost Clinton. So where is the investigation A.G.” He also tweeted: “Attorney General Jeff Sessions has taken a VERY weak position on Hillary Clinton crimes (where are E-mails & DNC server) & Intel leakers!”

The social network flares sent out from the White House followed a pattern that intensified earlier this month with Trump’s harsh criticism of Sessions in an interview with the New York Times. Earlier, Trump referred to the attorney general in a tweet as “beleaguered.” Trump has been angry that Sessions chose to recuse himself from the government’s investigation of Russian meddling in last year’s U.S. election.