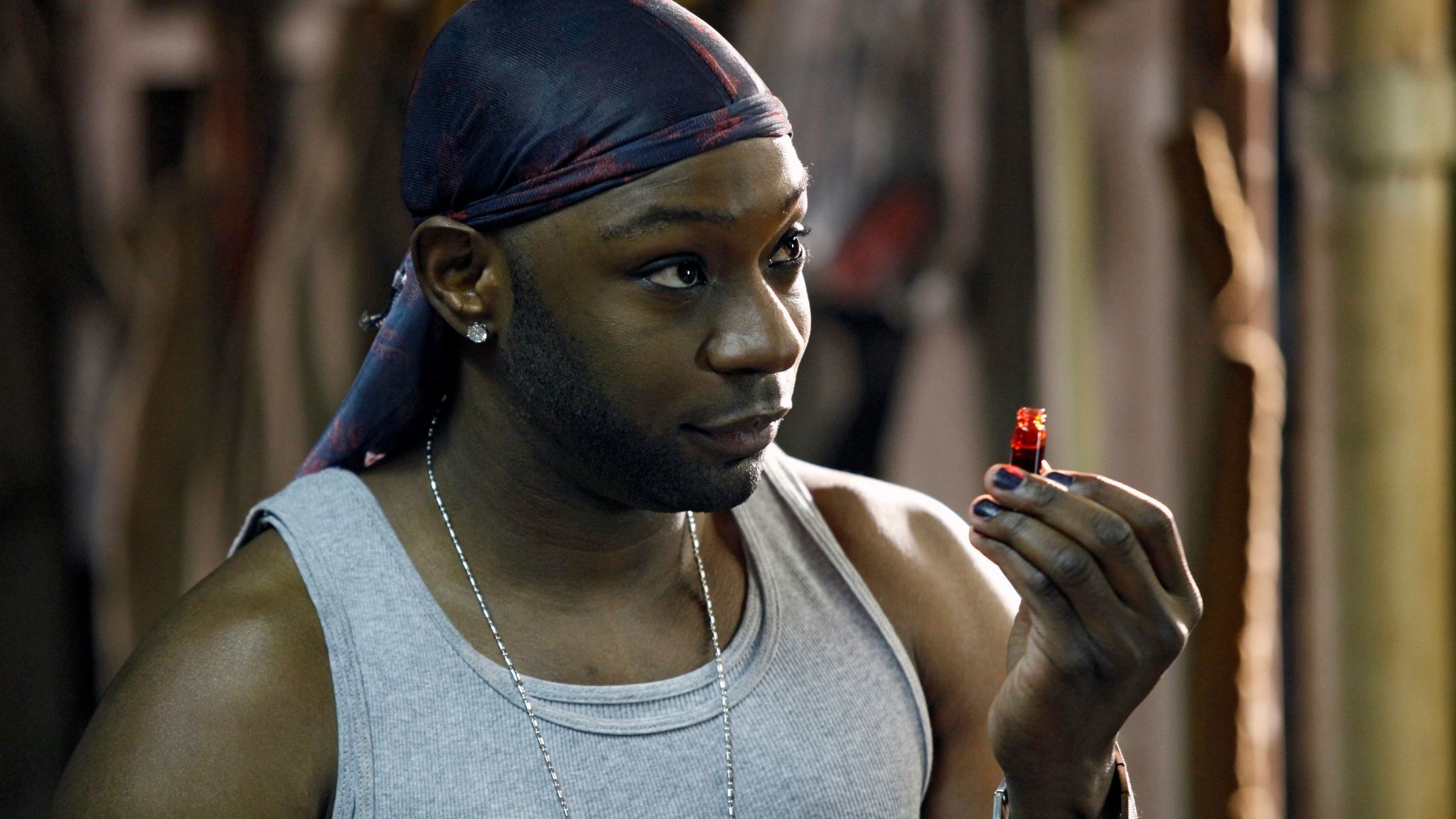 Here’s what’s new and interesting in entertainment and the art:

Nelsan Ellis, the actor best known for his portrayal of  Lafayette Reynolds on HBO’s “True Blood,” has died. He was 39. The reported cause was from complications due to heart failure.

Ellis burst into popular consciousness in 2008 when he was cast in “True Blood” as Reynolds, a flamboyant and outspoken gay short order cook at Merlotte’s in the fictional town of Bon Temps, Louisiana. Lafayette brought pointed humor to Alan Ball’s acclaimed vampire drama that many considered an analogy for the gay rights struggle.

As news of Ellis’ passing quickly spread, a scene where he marches out from behind the griddle to confront a trio of homophobic diners was widely circulated on Twitter.

In a statement, Ball called Ellis “a singular talent whose creativity never ceased to amaze me.  Working with him was a privilege.”

HBO echoed Ball’s sentiments in its own statement, “We were extremely saddened to hear of the passing of Nelsan Ellis. Nelsan was a long-time member of the HBO family whose groundbreaking portrayal of Lafayette will be remembered fondly within the overall legacy of True Blood. Nelsan will be dearly missed by his fans and all of us at HBO.”

Most recently, Ellis joined the season five cast of “Elementary,” playing Shinwell Johnson, a former drug dealer (and former patient of Lucy Liu’s Watson) trying to make up for his life of crim.  Shinwell, who was named for a character that appeared in the original Sherlock Holmes story, “The Illustrious Client,” died this season after infiltrating a gang known as the South Bronx Killas.