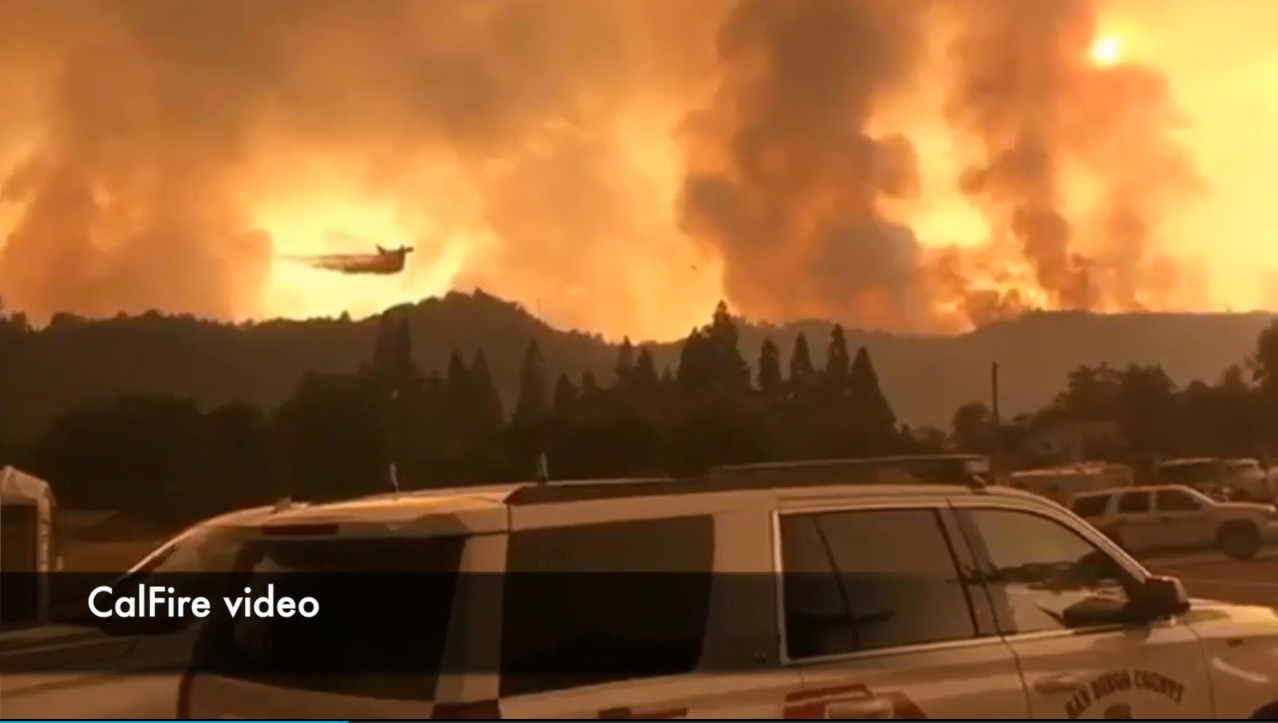 The fast-growing Detwiler fire, which is burning west of Yosemite, exploded from 25,000 acres to 45,724 acres, the California Department of Forestry and Fire Protection said Wednesday.

On Tuesday, Gov. Jerry Brown declared a state of emergency after the fire forced thousands to evacuate and damaged power, water and communication infrastructure.

The governor’s order sends additional equipment and fire crews to Mariposa County to help fight the blaze, which is only 7% contained. The declaration also accelerates emergency aid to those affected by the fire.

As the blaze spread rapidly across thousands of acres Tuesday, the Mariposa County Sheriff’s Office issued evacuation orders to residents in the town of Mariposa, east of Merced.

Nearby highways and roads were closed as more than 2,200 firefighters tackled flames and faced “extreme and aggressive fire behavior,” Cal Fire said.

The blaze, which started Sunday east of Lake McClure, has destroyed eight structures, damaged another and is threatening an additional 1,500.

To the south of the fire, flames threatened power lines that supply Yosemite, Cal Fire said.

Smoke from the fire could be seen from a weather satellite, according to the National Weather Service.

Along with dry, breezy and warm conditions that are dominating Central California this week, forecasters say, firefighters must also contend with overgrown vegetation.

“It is the fuels that are extremely flammable right now due to heavy rains this winter with widespread growth and then extended heat waves this summer which has created a powder keg for fast-burning fuels,” the weather service said in a statement. “Even terrain-driven winds can become stronger depending on fire behavior and fuels.”

According the fire’s incident management team, the fire is burning in an area where there are many dead trees killed by bark beetle and the drought.

California’s wildfire season has begun and you know the drill — or do you?