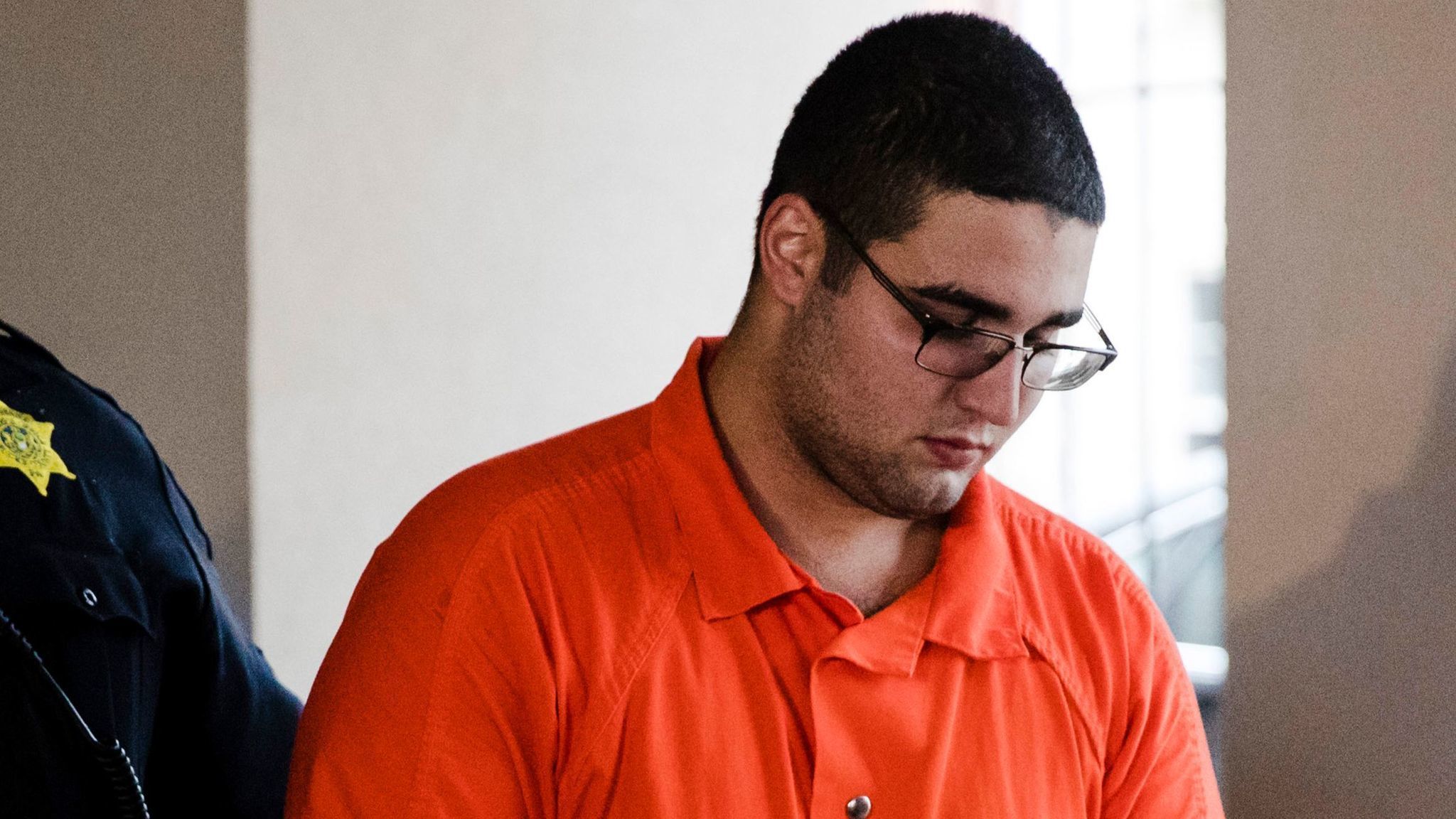 An admitted drug dealer with a history of mental illness was charged Friday with the killings of four Pennsylvania men who vanished a week ago. A second suspect was also arrested and charged in three of the deaths.

Cosmo DiNardo, 20, is charged with four homicides and 20 other counts, including abuse of corpse, conspiracy and robbery, according to court documents. Sean Kratz, 20, faces 20 counts, including three of criminal homicide.

DiNardo’s lawyer announced Thursday that his client had admitted to the killings and was cooperating with investigators. Kratz was arrested later the same day, authorities said.

All the victims are believed buried on a farm property in Solebury, Penn., owned by DiNardo’s parents. Only one set of remains has so far been identified.

A person with firsthand knowledge of DiNardo’s confession said he killed the men after he felt cheated or threatened during three drug transactions and then burned their bodies at his family’s farm.

The person spoke to the Associated Press on the condition of anonymity on Thursday because he was not authorized to publicly discuss details of the case against 20-year-old Cosmo DiNardo, who was in custody.

DiNardo told authorities that a co-conspirator from Philadelphia was involved in three of the deaths, the person said.

Lang called his client remorseful. As a law enforcement official escorted a shackled DiNardo from the courthouse on Thursday, he said, “I’m sorry.”

Kratz’s mother, Vanessa, declined to comment on her son arrest’s when reached by phone.

The Bucks County district attorney planned to hold a news conference Friday afternoon to report on all the latest developments.

The person with knowledge of the confession said one of the men was killed July 5 and the other three were killed July 7.

“Every death was related to a purported drug transaction, and at the end of each one there’s a killing,” the person said.

DiNardo, 20, then burned the bodies — three of them inside a drum — at his family’s farm in Solebury Township, about 30 miles north of Philadelphia, the person said.

Authorities had charged DiNardo earlier this year with having a gun despite an involuntary mental health commitment. In seeking $5 million bail on a stolen car charge this week, prosecutors said he had been diagnosed with schizophrenia. He also suffered a head injury in an ATV accident a year ago.

Cadaver dogs led investigators this week to the spot on the family farm where they discovered human remains in a 12½-foot-deep common grave.

A decade after immigration raids displaced Latinos in this Nebraska meatpacking town, little has changed for the native-born

10:40 a.m.: This article was updated with two men charged in the killings.

This article was originally published at 8:50 a.m.

« After 4 Suburban Lives Are Lost, 2 Cousins Are Charged in Pennsylvania Killings – New York Times
Trump says he wants victories — but he isn’t selling the GOP agenda to voters – Washington Post »